We are the missing piece in the musical puzzle: iC1s

Gary Powell of The Libertines says that iC1s is ‘a real rock’n’roll band with attitude and ability’; five musicians with a powerful sound that Dan Coburn, iC1s´singer, describes in one word: phenomenal. When you listen to them, you´re going to say Coburn, Jesse James, John Campbell, Leon Dee and Andy Faulkner turns these adjectives in a fucking addicted sound and soon we can hear their debut album. Meanwhile they are preparing their release, we talked with Dan about the band.

We think they have an attractive and different band name, which derives from the solo artistic career of  Dan: I started off as a solo artist with the name CoburnIC1s but as the band grew, we got rid of the Coburn part and kept IC1s. The name always raises questions which is a good thing. Mark Beaumont (NME) says iC1s is “a proper, no messing about, rock and roll band” and Dan told us he knew how would be the iC1s’ sound:

I was told by someone “write songs that you would buy yourself” so that’s what I’ve been doing. I think we are definitely the missing piece in the musical puzzle. A lot of bands now seem to be writing music to impress other musicians, whereas we are trying to create musicians. Would be great if we can inspire people to pick up guitars and start bands. In fact, I already know we have”.

So far, iC1s has played with bands like Bloc Party, The Cribs, The Family Rain and The Charlatans, but how was the first iC1s’ concert?

I think if memory serves me right it was appalling. It was at our local venue, ‘Trinity’ in Harrow but I’m glad we did it because that’s when we realised we need to rehearse more and get back out there when we are ready. So that’s what we did and it worked. Practise won’t always make perfect but it can get you pretty fucking close”.

iC1s signed with 25 Hour Convenience Store label for two single deal in 2011. This label is property of Gary Powell of The Libertines and Dan says work with an important artist like Powell was amazing:

Obviously we were buzzing about working with Gary and it was a great experience for us lads. Sitting in the studio thinking “fucking hell, that’s Gary Libertines”. Was pretty cool to have that as your first record deal but now we want to go bigger and I’m sure we will. Gary is a top bloke and we always have a catch up when we bump into each other”.

Levitate and Karma were the two singles iC1s created in this time. The fist track became the 2nd most downloaded new entry in the iTunes Alternative Singles Chart and one important song to the band. Dan you describe it like this:

I guess it’s written about all the people that told me I couldn’t be a musician and that it was just pipe dreams. So it’s important in the sense that the song breeds hope. Not just to me though, if others can take that feeling from the song then I am doing job properly”. 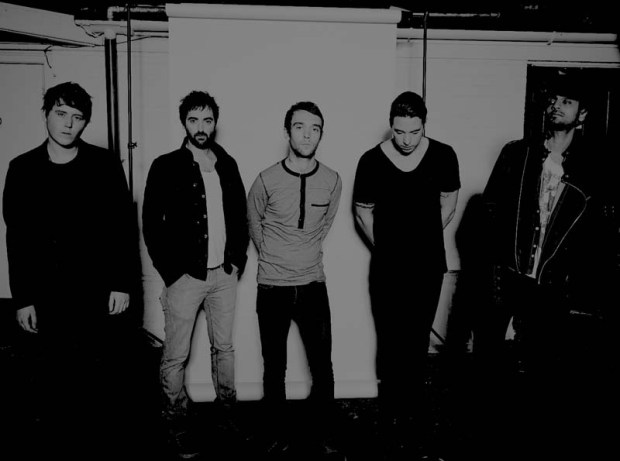 ‘Lowering The Tone’ is their album debut

At the moment, iC1s is putting the finishing touches to their first album to a summer 2014 release. They are recording with producer Ian Dowling, who has worked with Bombay Bicycle Club, Kasabian and Adele. So, how has been the musical process to this album?

There’s no real process, there’s no rules to how it’s done. Some are songs we have had from day one and some are more recent. Like I said, you rehearse, a lot, you chop, you change, you take that bit out, put that bit in. It’s different every time”.

About the title of their first album, iC1s´singer said:

I dunno, I just always knew it would be called that. In a way I guess we do lower the tone somewhat but that’s a good thing. We’re excitable, we like to party and have a good time and we can get a little bit over the top. It lowers the tone, when we raise hell”.

And tell us something else that you don’t forget:

…download all the stuff, watch the videos and get to a show, coz I got a feeling it could all blow up this year”

This site uses Akismet to reduce spam. Learn how your comment data is processed.