Resistor tell us the story of “First World Problems”, his debut album 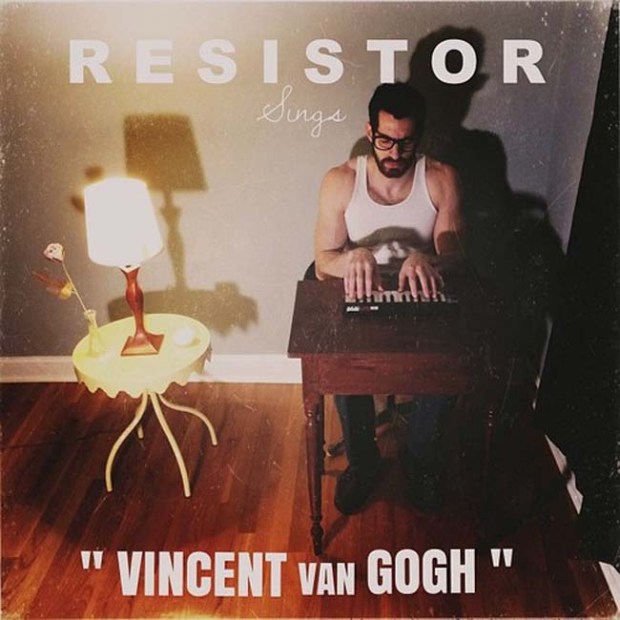 “You don’t measure up to the expectation

When you’re unemployed, there’s no vacation

No one cares, no one sympathizes

“First world problems” are frustrations that afflict only the privileged. As an educated, white, middle-class male from suburban New Jersey, I’ve always led a comfortable life. With my basic needs fulfilled, like many of my peers I wanted something more; so I searched for meaning through art. But just making art didn’t seem to be enough. I wanted to be a success. And thus arose the particular first world problem that inspired these songs: the desire for recognition, seemingly so attainable in the age of social media, but as elusive as ever.

First World Problems is a classic solo album, driven by a singular creative vision; almost totally electronic and unambiguously pop. Behind new wave synths, hyperactive drum machines, and stacked vocal harmonies, it asks: Why do I crave the spotlight? Do I deserve it? And why should anyone care about what I have to say?

First World Problems approaches its subjects with self-awareness and dark humor. But while songs like “Vincent van Gogh,” “Narcissist,” and “Choose Your Parents Well” may be tongue-in-cheek, the core of the record is genuine, whether its narrators are pointing fingers at the outside world or taking aim at themselves.

I wrote these songs during a year of unemployment, after several years of releasing material with a band whose profile never equaled my ambitions. My financial and emotional resources were low, and I needed a way to make music quickly and cheaply without depending on anyone. So I started making songs with only a computer and my voice, and Resistor was born.

I’ve dreamed up many different ideas about how I might fulfill my unbecoming desire for fame. Maybe I could go viral with a wacky youtube video; maybe I could become a reality TV contestant; maybe I could die tragically right after recording the perfect song. So far, though, one impulse prevails: I just stay home and play synthesizers.

This site uses Akismet to reduce spam. Learn how your comment data is processed.